The 16th–18th Centuries
Jews first settled in Hamburg and its vicinity at the end of the 16th century. They were Sephardim, namely, Portuguese Jews from the Iberian Peninsula who had once been forced to convert to Catholicism. These Portuguese Jews contributed significantly to the commerce of the town by opening up trade with Spain and Portugal, and playing a key role in the founding of the Bank of Hamburg (1619). Among them were renowned businessmen and physicians, such as the court physician Rodrigo de Castro (1550-1627). In 1612, the Portuguese Jews were granted the right to reside in the city in exchange for an annual tax payment. They buried their dead at the Jewish cemetery on Koenigstrasse, in Altona (1611-1877), where Ashkenazi Jews later consecrated their own cemetery. As Sephardic Jews were forbidden to practice their religion in public until 1650, they established clandestine prayer rooms on Alter Wall (1612) and Herrlichkeit (1627). In 1652, a new edict allowed them to form a united community, called Beth Israel, which numbered approximately 1,200 members. In response to frequent anti- Jewish hostilities, many Sephardic Jews embraced messianic expectations. When, in 1697, religious freedom was once again curtailed by anti-Jewish edicts, accompanied by an extortionate tax increase, many influential Portuguese Jews emigrated from Germany. Ashkenazi Jews (Hochdeutsche Juden), arriving from Altona in the 17th century, also lived and traded in Hamburg. In 1654, the Ashkenazi Jews established one of their first synagogues in a residential building in a courtyard on Neuer Steinweg (Hamburg-Neustadt). Expelled from Hamburg on several occasions, they lived in a state of permanent insecurity, as Hamburg native Glueckel von Hameln (1646- 1724) testifies to in her autobiography. It was not until 1710, when an imperial commission instituted new laws and regulations, that the Ashkenazi Jews gained an almost equal footing with the Portuguese. During the 17th century, six Ashkenazi communities were born in the cities of Hamburg, Altona and Wandsbek; they united in 1671 to form a “Triple Community” (Dreigemeinde). Many distinguished rabbis, among them Ezekiel Katzenellenbogen (1712-1749), served the community; the chief rabbi was based in Altona. A new synagogue was inaugurated on Elbstrasse in 1789/90, housing a mikveh, offices and apartments. After the dissolution of the Triple Community and until 1906, the synagogue on Elbstrasse served as the central synagogue of the German Israelite Community.

The 19th Century to the Rise of Hitler
Under French occupation (1806-1814), the Triple Community was dissolved (1812), after which local Jews founded what they called the German Israelite Community. Hamburg became the largest Jewish community in Germany, home to Orthodox, Liberal and Reform congregations. Following the revolution of 1848, a constituent assembly was established in Hamburg to adopt the Basic Rights of the Frankfurt Assembly at St. Paul’s Church, but it was not until 1860/64 that the legal emancipation of Hamburg’s Jews was finally implemented. Emancipation, Jewish modernization and an increasing Jewish population triggered the establishment of numerous new synagogues and institutions in the 19th and 20th centuries. A synagogue on Kohlhoefen (Neustadt), the first to be visible from the street, was opened in 1859. The Bornplatz synagogue was dedicated in 1906, and the Reform Temple- League, founded in 1817, opened places of worship on Brunnenstrasse (1818), Poolstrasse (1844) and Oberstrasse (1931). The Sephardic Jewish community inaugurated a synagogue on Alter Wall in 1834; after a devastating fire in 1842, it built a new one on Markusstrasse (1855). Several smaller synagogues were established by various Jewish societies, particularly in Hamburg’s Grindelviertel, the largest of which was the Neu Dammtor synagogue, opened in 1895. A Jewish hospital was donated by Salomon Heine (1767-1844) in 1843, and several religious foundations served the needs of Talmudic scholars. Hamburg was also home to several Jewish schools, such as the Israelite Free School (1815) and the Talmud Torah School (1805), headed by Isaak Bernays (1822-1849) and Joseph Carlebach (1921- 1925/26). The Sephardic community numbered only 150 adults in 1925, but it was during that year that the city’s Jewish population peaked (see above).

The Nazi Era
In 1933, more than 19,400 Jews lived in Hamburg. Various Jewish burial, educational, cultural and charitable associations were active then, as were branches of national Jewish organizations, as well as Jewish hospitals, orphanages, kindergartens and old-age homes. Schoolchildren studied religion at many Jewish schools. Jews were gradually deprived of their rights after the Nazis’ election victories. As part of the anti-Jewish boycotts, Jewish-owned businesses were aryanized and synagogues were occasionally attacked. Many wealthy Sephardic Jews left Hamburg after 1933. They rented out their synagogue on Markusstrasse and continued their prayer services in a private house on Innocentiastrasse (1935-1939). Approximately 1,000 Polish Jews were expelled in October 1938. On Pogrom Night, at least seven Hamburg synagogues were destroyed; Jewish stores were looted and vandalized, and more than 1,000 Jews were arrested and taken to Fuhlsbuettel prison, from which some were sent to Sachsenhausen. After the pogrom, most of the synagogues ceased functioning. Between 1938 and 1941, 4,000-5,000 local Jews emigrated from Germany, with the remaining forced into allocated “Jewish houses.” Between October 1941, and February 1945, 5,848 Hamburg Jews were deported to Lodz, Minsk, Riga, Auschwitz and Theresienstadt. Three hundred Hamburg Jews committed suicide during the Nazi era, and at least 8,877 perished in the Shoah. After World War II In 1945, Jews returned to Hamburg and founded a new community. A synagogue was inaugurated on Hohe Weide in 1960. In 2007, Hamburg’s Jewish community numbered approximately 3,100 members, many of whom were Eastern European immigrants. During the last decade, seven extant Jewish cemeteries were desecrated. Numerous memorial plaques, permanent exhibitions and archives commemorate Hamburg’s Jewish community and Shoah victims. The first of these monuments was built at the Jewish cemetery in Ohlsdorf in 1949, soon after which, in 1951, a memorial stone was unveiled at the cemetery on Ilandkoppel. More than two thousand small Stolpersteine (memorial stumbling stones) have been placed on the sidewalks of former Jewish houses. In 1965, the mayor of Hamburg initiated a municipal program through which former Jewish citizens of Hamburg, now living in Israel and other countries, are invited to the city. Sources: EJL, GJ, JBH, JDRWR, JIH, JH, LJG, NLJ, FJG, W-G, W-E www.juden-in-hamburg.de www.jewishencyclopedia.com www1.uni-hamburg.de www.tagesspiegel.de www.dasjuedischehamburg.de

Photo: The synagogue on Poolstrasse in Hamburg. Courtesy of: Archives of the City State of Hamburg. 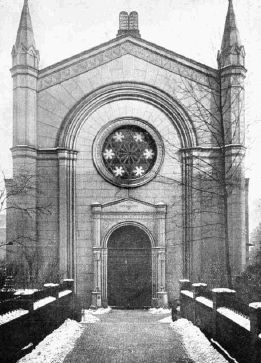 Photo 2: The synagogue on Poolstrasse in Hamburg. Courtesy of: Archives of the City State of Hamburg. 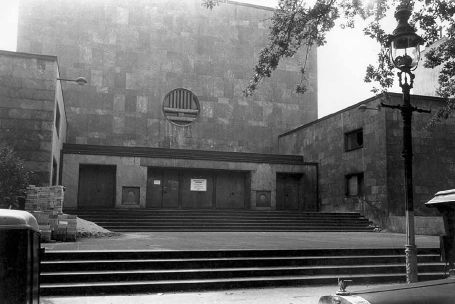 Photo 3: The Obernstrasse synagogue in Hamburg shortly after it closed down (after Pogrom Night). Courtesy of: Archives of the City State of Hamburg.
Author / Sources: Heidemarie Wawrzyn
Located in: hamburg